In April 2017, the Panel made 11 recommendations to enhance the financial system’s dispute resolution framework, recognising that consumers and small business should have effective access to redress. On 9 May 2017, the Government accepted all of these recommendations. Background.

The Panel’s view is that implementation of these recommendations will help to ensure that financial firms will provide compensation for wrongful losses through the EDR system. However, in a limited number of cases this may not occur, for a number of reasons. 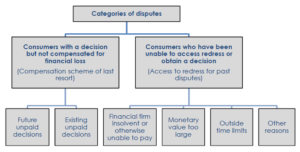 The Panel takes as its starting point the premise that a compensation scheme of last resort is to be considered in the context of a future dispute which:

The Panel also considers that potential scenarios could include where:

The Panel considers that separate arrangements may need to be put in place to address legacy uncompensated losses, such as existing unpaid EDR determinations.

The Issues Paper seeks comments on a variety of proposals.

We understand you need a cost-effective way to keep up to date with regulatory changes. Talk to us about our fixed price plans.